Trends in U.S. Gender Attitudes in 1977-2018: Gender and Educational Disparities 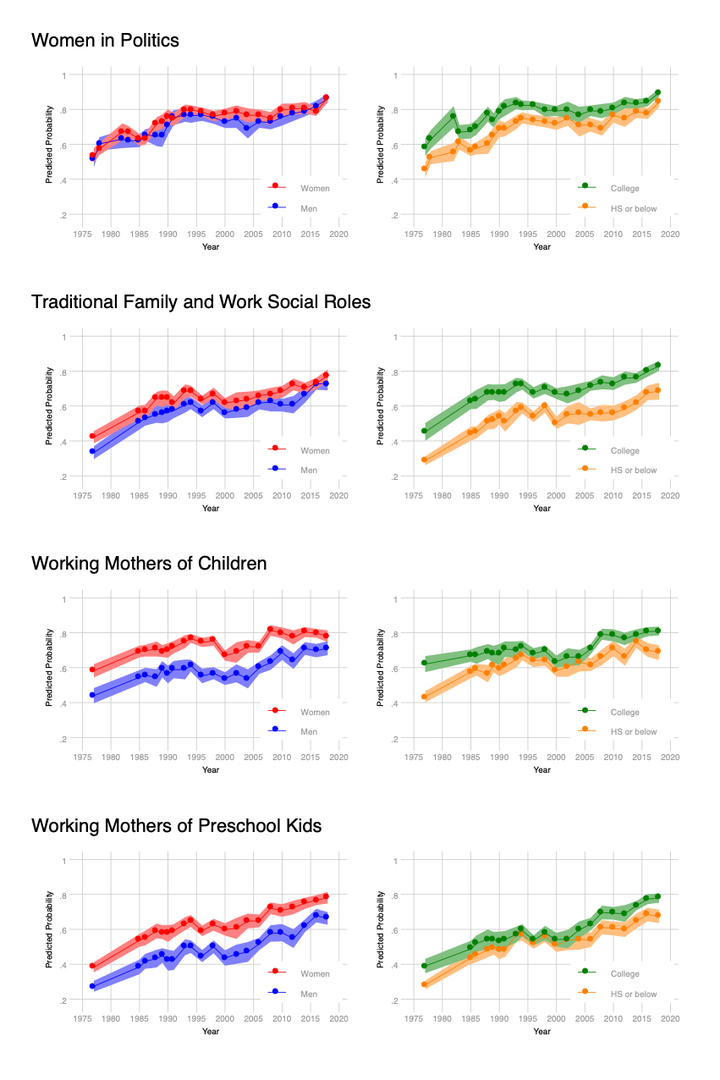 Historical trends in U.S. attitudes about four dimension of gender equality, by gender and education.

These figures display gender- and education-related gaps in U.S. gender attitudes from 1977-2018. We use data from the General Social Survey (N = 57,224) to estimate the historical trajectory of U.S. attitudes about women in politics, familial roles, and working motherhood. Of all attitudes analyzed, Americans hold the most liberal attitudes toward women in politics, with no gender gap and little educational difference on this issue. Attitudes toward familial roles have the largest educational gap of all but a small gender difference. The gender gap in attitudes toward working motherhood has persisted over time, with women holding more egalitarian attitudes than men. The educational disparity on this issue disappeared during the mid-1990s “stalled gender revolution” but has widened since. Although the “stall” occurred among all gender and educational groups on all four gender attitude measures, the decline was starkest among the college-educated regarding working motherhood. 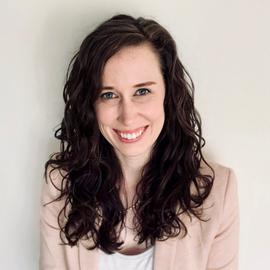